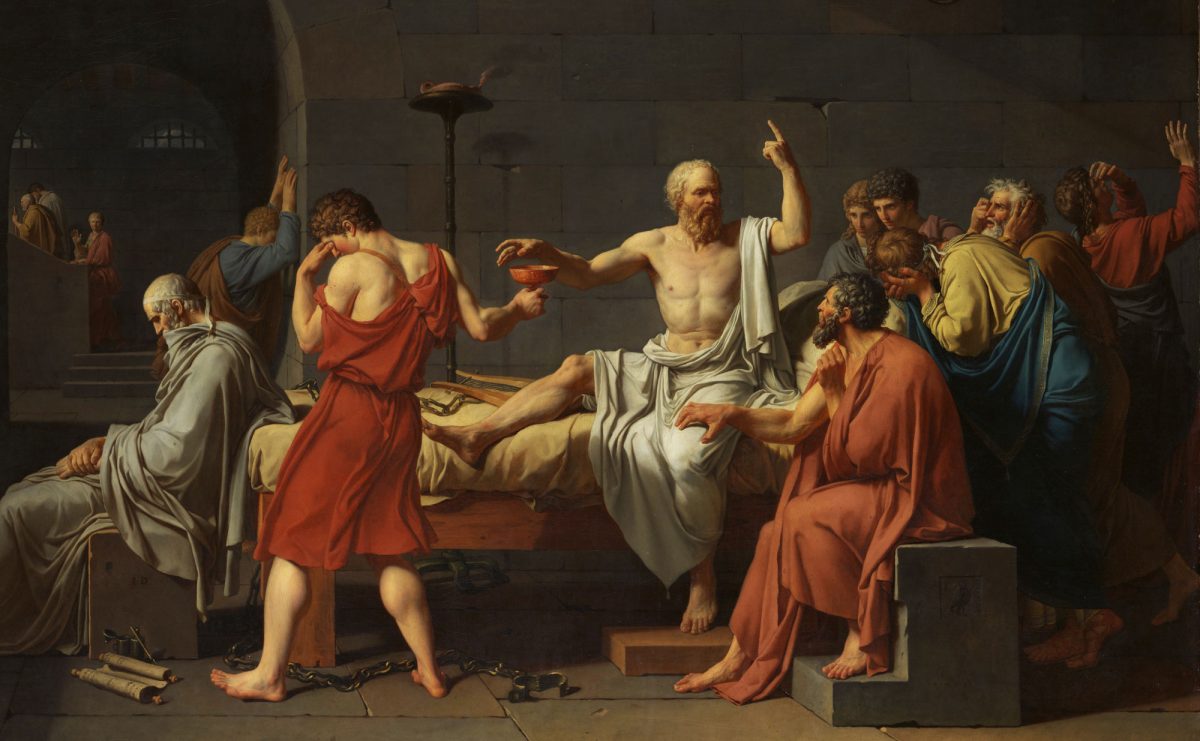 When is a debate over democracy not a debate over democracy? Senator Mike Lee recently Tweeted, “We’re not a democracy.” Representative Alexandria Ocasio-Cortez replied, “Maybe we should be.” I summarized the basic issues: “This ‘debate’ gets so tiresome. We have a ‘democracy’ broadly speaking, with elected representatives and a Constitution that protects individuals’ rights from majority oppression. We don’t have ‘pure democracy.'”

As is obvious to every thoughtful person, neither side is serious about this debate. Both sides agree that we do and should live under a broadly democratic and constitutionally bound representative government. And both sides often strategically cry “democracy” or “constitution,” not for any great reason, but simply to advance their prior agenda.

Although the composition of the Supreme Court affects many issues, the main issue today in terms of public discussion is abortion. It really is possible that the Supreme Court could throw out Roe v. Wade or otherwise substantially weaken federal control of abortion, returning more control to the states. Obviously in this case Ocasio-Cortez and her Democratic allies are very much against pure democracy. They think the federal Constitution properly limits regional democratic action with respect to restricting abortion. (I happen to agree, but that’s not the issue here.)

Democrats often like to pretend that they’re “really” fundamentally pro-democracy in this regard, even though they oppose popular state-level abortion restrictions. The usual argument goes something like this: The Supreme Court is an undemocratic institution because U.S. Senators represent different numbers of people, giving smaller-population, more-conservative states disproportionate influence. (Strangely, the people who make that argument hardly ever endorse the most viable solution, which is to break up the most populated states, starting with California.) If we had a more-democratic Senate, the Supreme Court would better-reflect the national democratic will and maintain legal abortion.

That argument obviously relies on a self-serving definition of the relevant democratic body. Why should the national popular will override the state popular will? Obviously, if the federal government tried to outlaw abortion rather than protect it, Democrats would then argue that states should be able to keep it legal. They would suddenly become raving federalists who endorse state-level autonomy, whereas now they are nationalists on this issue. Both Democrats and Republicans typically strategically argue that state-level popular will trumps national-level popular will, or vice versa, depending on which level gets them their desired result.

Republicans are no better on these issues. Some of the same conservatives who take an absolutist position with respect to the Second Amendment argue that “the people” should be able to ban pornography, restrict social media platforms, and so on. The same conservatives who want the Supreme Court to throw out state and regional gun restrictions also want the Supreme Court to defer to popular will when it comes to abortion. And isn’t it amazing that “the Constitution!” so happens to protect the rights one thinks are important and not the rights that other people think are important.

We can unearth a larger point: The fact that democracies necessarily function by some given set of rules reveals that there is no such thing as “pure democracy.” One obvious issue is that people rarely vote on their “demos.” In the United States, our national, state, regional, county, and city boundaries are largely arbitrary (and often heavily gerrymandered or otherwise politically manipulated). But we can assume away that problem for purposes of clarifying the essential issues by imagining a city-state with an integrated society and well-defined natural city boundaries. Even in such a city-state, pure democracy is impossible.

Let us say that, in a nondemocratic city state, someone announces, “I think we should institute democracy. I hereby call for the first vote, wherein the people, by majority rule, shall decide whether to institute democracy, such that anyone may call for a vote on any issue at any time. The vote is right now, so everyone come out and vote.” The first obvious problem here is one of authority: How does this first fellow gain the right to call such a vote? It’s not as though some process of democracy authorized him to call the vote. So any democracy depends fundamentally on a pre-democratic move. Democracy cannot birth itself.

What happens if, say, a fourth of the people in the city-state declare, “Piss off; you have no proper authority to call for such a vote”? This is a conundrum that we won’t try to solve here. Let’s just assume without argument that a move to democracy is justified. Let’s say that over half the people in the city in fact vote to institute democracy. This would be the closest thing possible to pure democracy—although, as we’ve seen, it depends on a pre-democratic move.

The immediate problem is that the pushy and the well-organized would dominate the agenda. So, to avoid chaos (everyone calls for votes at once) or de facto oligarchy (the well-organized dominate the vote-calling), the democrats would have to propose and pass a series of rules governing when and how people may call votes. For example, a rule could say, “Every person by some predefined order gets a chance to call a vote and gets at most one day to decide whether to do so.” The thing about any such rule is that it necessarily acts to bind future democratic action. That is indeed the purpose of the rule. So, for example, if someone called for a vote out of turn, then, according to the rules, the people could not hold that vote. The point here is that any functional democracy is necessarily not purely democratic. At a minimum, a functional democracy has to have rules that limit and control how democratic action may proceed.

The city-state that we have imagined is nevertheless as close to a pure democracy as is possible. The next obvious issue is that (relatively) unrestrained majority rule quickly leads to factionalism and the abuse of minorities by majorities. Hence, every sane person desires certain rules that limit democratic action so as to protect the rights of individuals alone and as members of minorities. We don’t want 51% of the people voting to enslave the other 49% or voting to confiscate all their property. In short, almost all of us want limits on democratic action to maintain functional government and to protect (at least some) individual rights. In the United States, our Constitution establishes the most fundamental of these rules.

The point of this discussion is not at all to denigrate democracy—quite the opposite. The point is to put democracy in context and to point out that both the pre-democratic rules of democratic action and the democratically approved restraints on subsequent democratic action are perfectly consistent with, and indeed essential to, a functional democracy. We do not and cannot have a “pure democracy,” but we can have a functional democracy wherein individuals within a society have a meaningful voice in the operation of their government. Democracy so understood is an essential means to (imperfectly) guard against abuses of power. On these fundamental points, almost all Republicans and Democrats, despite their superficial and self-serving disputes about “democracy,” agree.